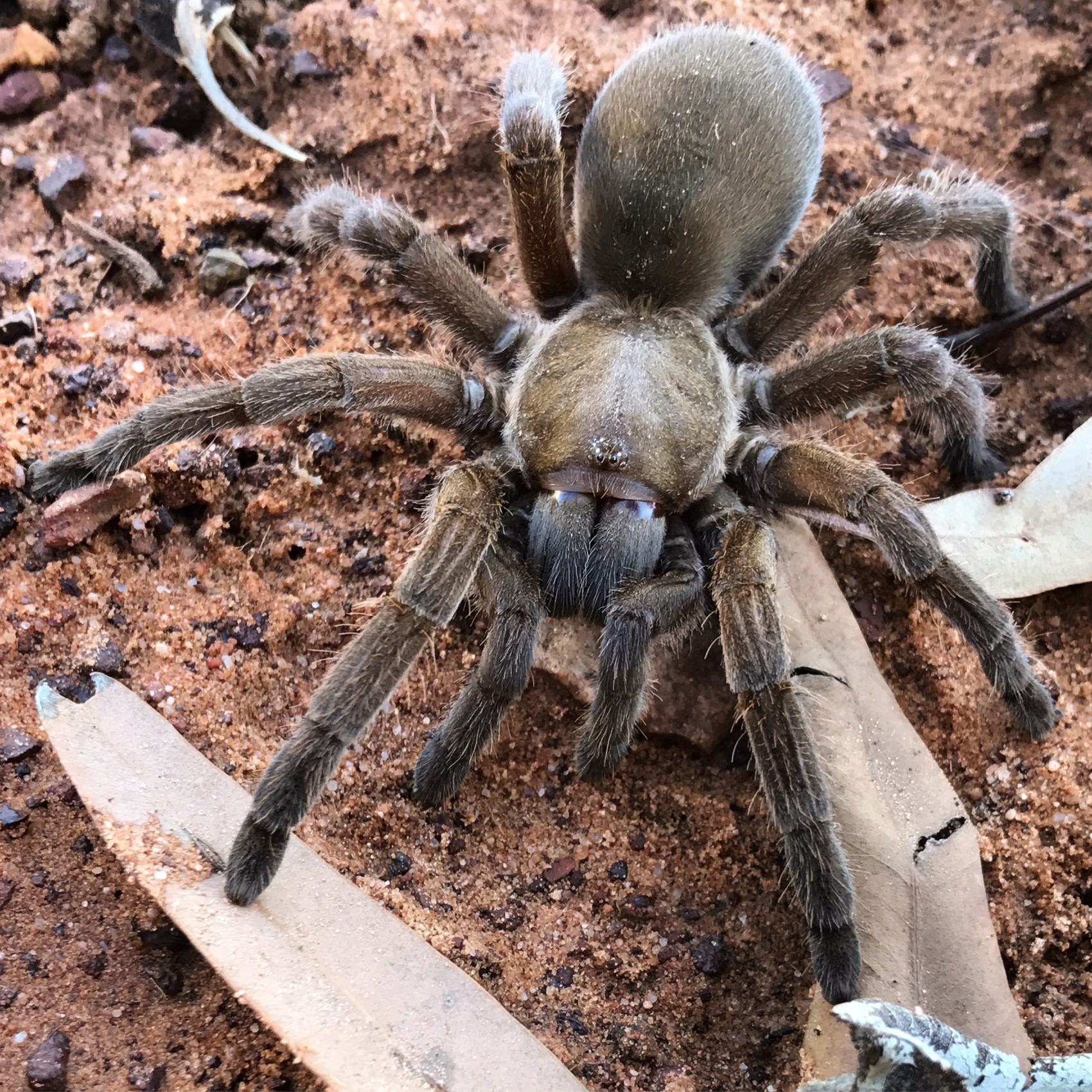 Over 95% of all animals on the earth are invertebrates of one form or another, so it’s not surprising that we are finding plenty of fascinating invertebrates in this remote corner of the Northern Territory, just north-west of Timber Creek.

Here on the Bradshaw Bush Blitz the tarantulas are the invertebrate pop stars. Even the most experienced biologists can’t resist their hairy charm.

Arachnid specialist Renan Santana – with help from Queensland Museum intern Tamara Andersen and a Traditional Owner – has been working hard with shovels and pickaxes, digging for tarantulas. These spiders can burrow down as far as 150 centimetres. 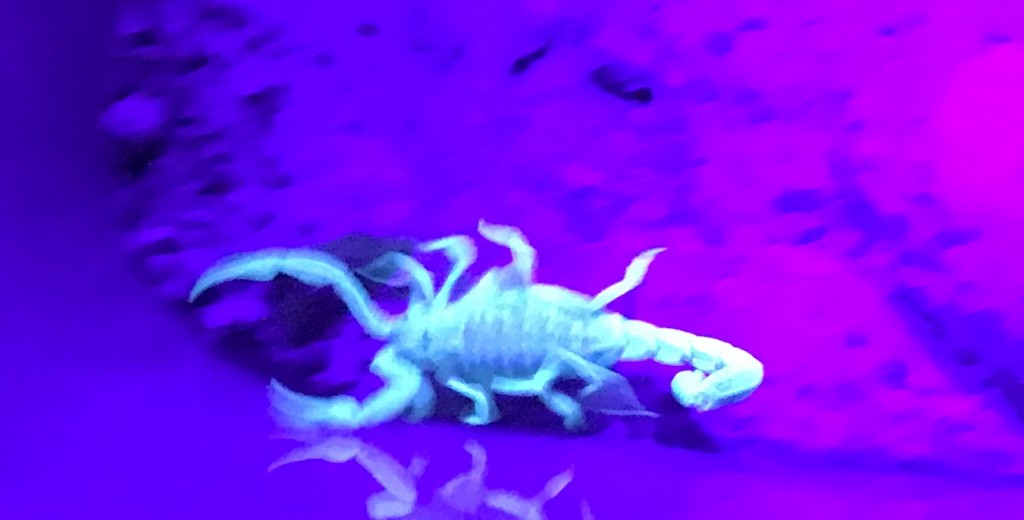 The tarantulas aren’t the only invertebrates that are bringing astonished responses.

This glow-in-the-dark scorpion is quite incredible when viewed with a UV light at night. Its fluorescing exoskeleton is due to the presence of a mixture of complex sugars and waxes that act as waterproofing.

Jared Archibald from the Museum and Gallery of the Northern Territory is searching for odonates—dragonflies and damselflies. These insects are found all over Australia and need freshwater to breed.

To my eyes they appear so delicate but I found out today they are carnivorous and eat other insects.

Odonates have not been collected in this area of the Northern Territory. A baseline understanding of odonates has the potential to be useful as a water quality indicator in the future.

Butterflies are also being collected on this expedition.

Butterflies are a well-studied group of insects. Their beauty has always attracted amateur naturalists and scientists. Here in the Bradshaw Field Training Area the butterflies collected might reveal changes in the range of known species.

Swinging the net was a delightful flashback to my childhood days in the backyard, seeking pretty butterflies to look at.