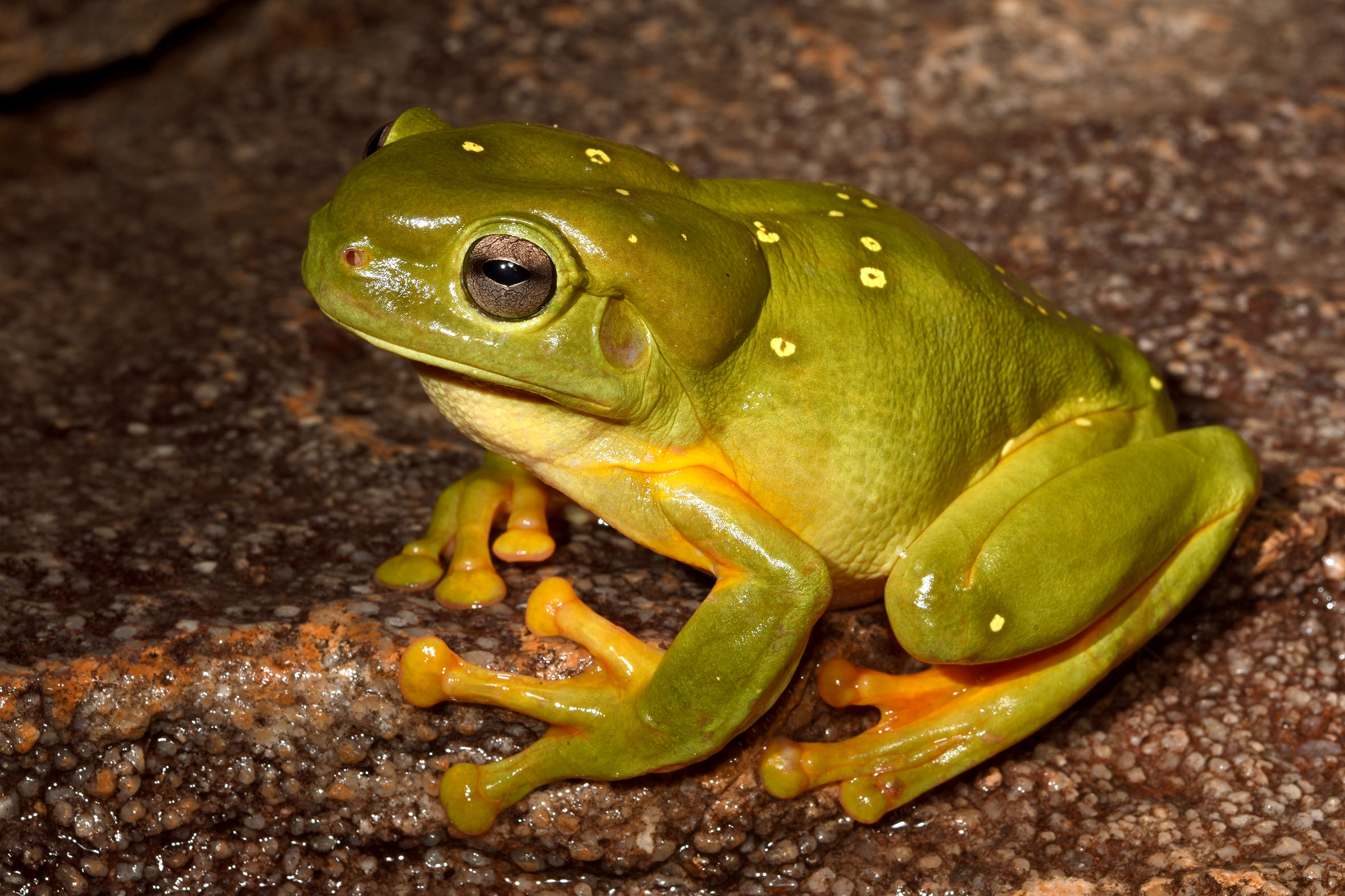 Before I arrived at the Bradshaw Bush Blitz, I sort of guessed that the Victoria River region of the Northern Territory would be a herpetologist’s paradise. Some of its most famous residents are saltwater crocodiles, olive pythons, frill neck lizards and green tree frogs.

And now the in-field experience is confirming my assumptions!

Herpetology is the branch of zoology concerned with the study of amphibians and reptiles.

Our herpetological team are collecting many lesser known and hard to collect species with various sorts of traps.

Great care is taken that no animals are harmed in the traps. They are checked twice daily to ensure animals do not get exposed to the sun.

The methods impressed me—in terms of how effective they are, as well as how simple. The animals are ‘funnelled’ into funnel traps by a line of mesh along the ground, or they fall into a pitfall trap as they traverse the same line of mesh. Pitfall sounds more dramatic than a bucket dug into the ground.

It’s after the specimen collection that the science gets technical. Many species are very difficult to tell apart by the way they look. In some cases DNA testing is needed to discover whether near identical-looking species are actually different. These are known as cryptic species.

Knowing what species are where in the landscape has important implications for conservation and land-use planning.

For example, we might think a species is widespread and not in need of protection. The work being done by all the scientists on the Bradshaw Bush Blitz could reveal that there are actually different species in discrete locations, making them more vulnerable to environmental disturbance.

With the passionate and incredibly knowledgeable herpetological team that are here at Bradshaw collecting information on the frogs and reptiles in this area, these amazing animals are more likely to be conserved.

When it comes to protecting biodiversity, baseline information is vital and fieldwork is the first step in the process.

Thanks to Jodi Rowley of the Australian Museum for the feature image of the Splendid Tree Frog (Litoria splendida).