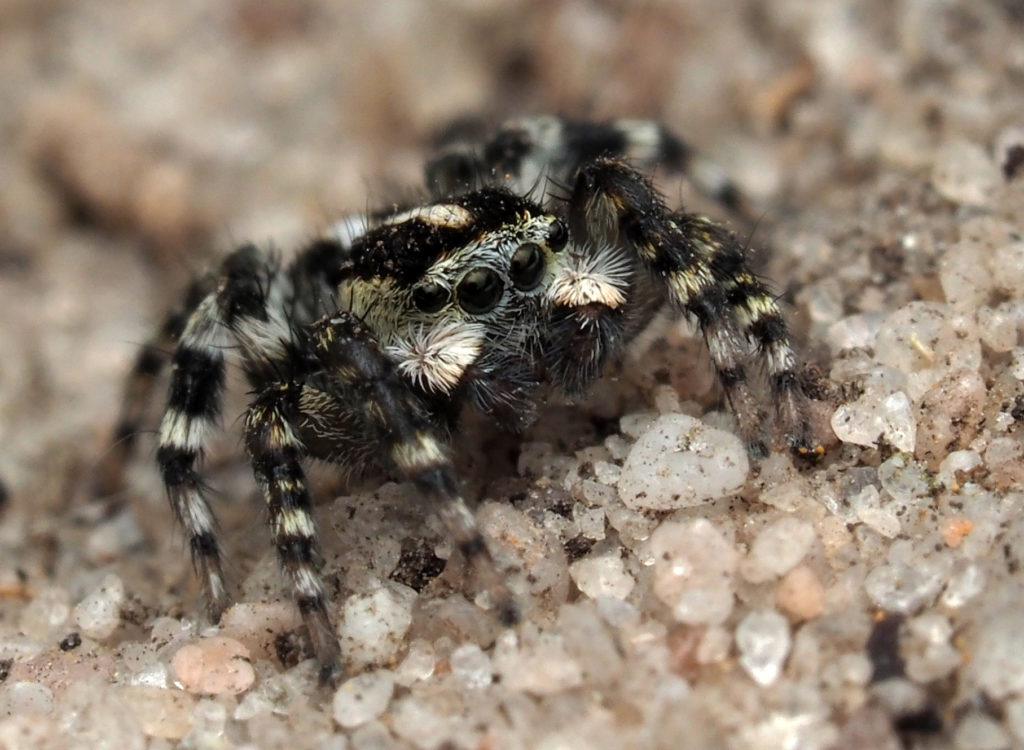 Could Cape York Peninsula be the spider capital of Australia?

All images and video are copyright to R. Whyte

Jumping spiders can be 5-20mm long, and known for jumping up to 50 times their body length, they have 8 eyes and hunt during the day.

Other species found do not have these “fuzzy” front legs, the male waves its plumed legs like a mosquito. These spiders are about 8-12mm long. See this spider in action

Trapdoor spiders live in burrows where they wait for their prey in hiding. Some make doors for their burrows hence the name “trapdoor”.