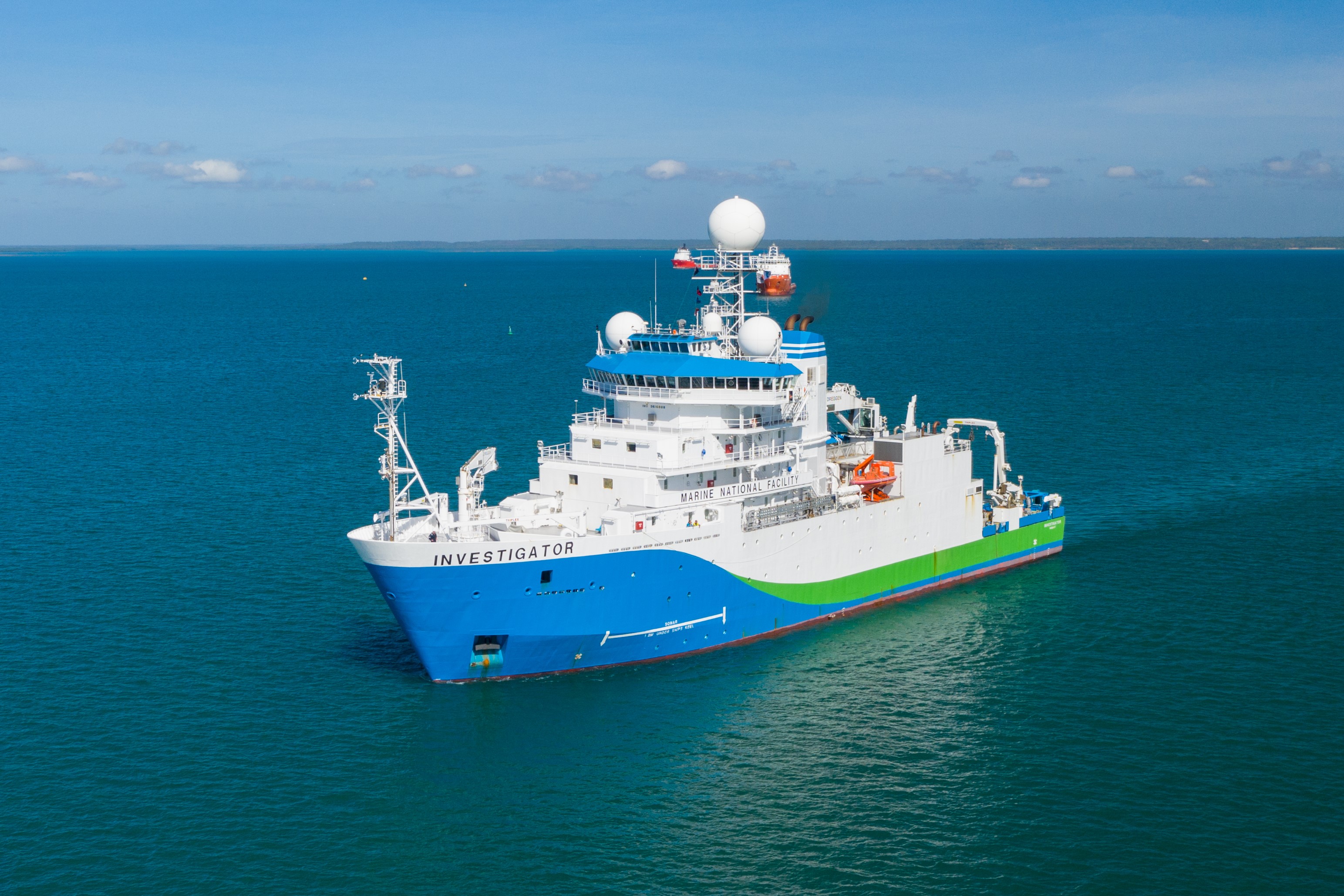 There are some weird and wonderful species living in Australia’s deep seas!

A team of marine scientists — lead by Museums Victoria — have embarked on a 35 day voyage on the iconic CSIRO research vessel (RV) Investigator. The 94 metre long science ship is travelling from Darwin to the waters around Christmas Island and Cocos (Keeling) Islands. The journey to the first survey point is a distance of 3860km: that’s almost the width of Australia!

For the first time, marine scientists will explore life on the seafloor and on ancient seamounts. These underwater mountains and volcanoes have never been surveyed, so it’s very likely we will find new species! The expedition will also map the seamounts for the first time.

We’ll be investigating what lives down to 5000m below the sea level. And this information will help Parks Australia to manage two of Australia’s newest marine parks: the Indian Ocean Territories Marine Parks. Together, they cover 744,000 square kilometres of remote tropical ocean, reef and lagoon habitat. That’s bigger than the size of Texas, USA!

We’re giving schools around Australia the chance to live stream the ‘floating classroom’.

If you have missed the chance to join the live stream, don’t fear! We’ve gathered together resources to use with your class. And you can follow our photos and films of the voyage on our Facebook, Twitter and Instagram.

This research is supported by a grant of sea time on RV Investigator from the CSIRO Marine National Facility.