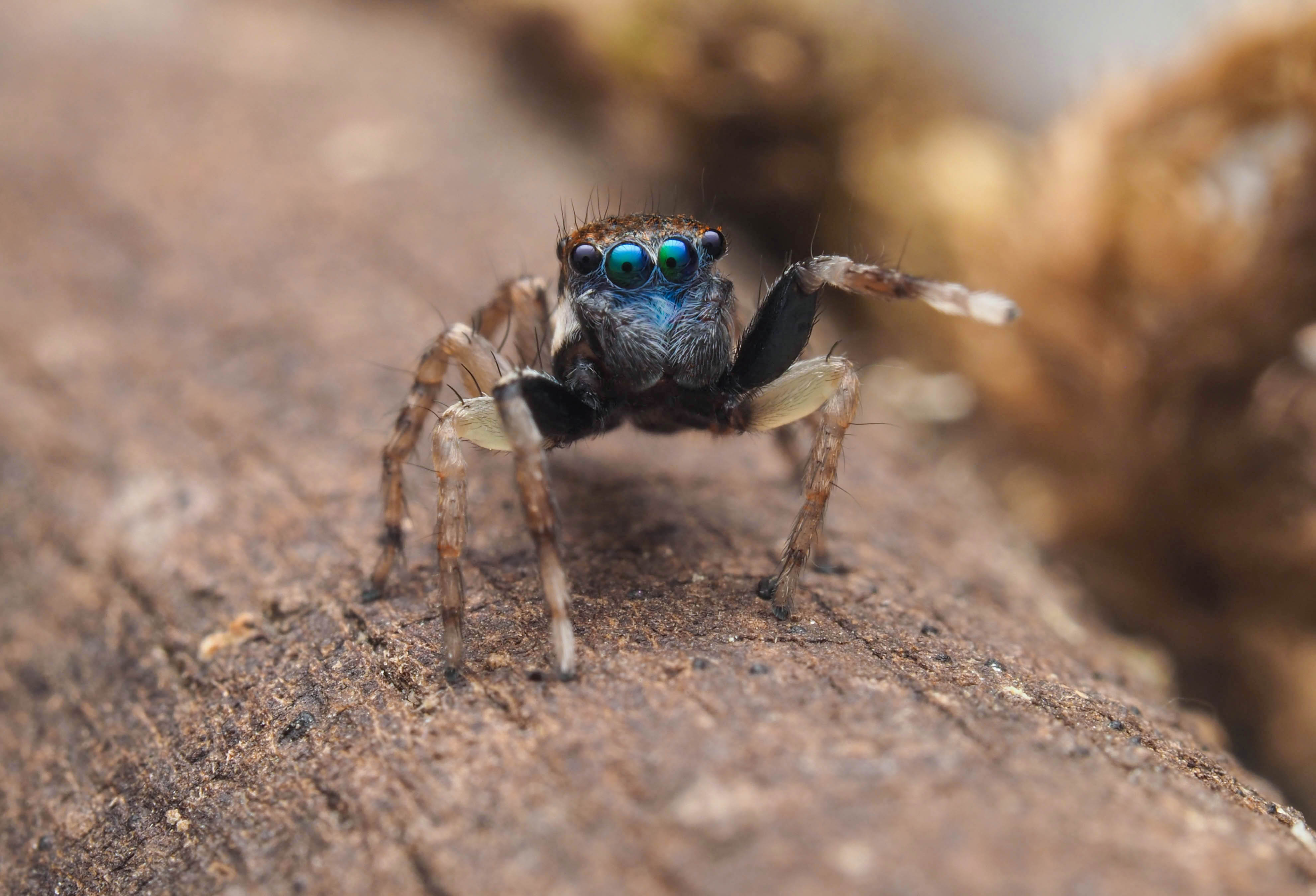 When Amanda took a photo of a little brown spider sitting on top of her recycling bin, she had no idea she was about to leave her mark on the taxonomy of rare Australian spiders.

If you think you need to go to the depths of the Amazon to find a new species, think again.

When Amanda De George of Illawarra took a photo of a little brown spider on her recycling bin, she had no idea that she had photographed a rare Australian jumping spider species unknown to science, an undescribed Jotus. Amanda posted the photo to social media in hope that someone might identify it. She found out just how special it was when it was seen by Museums Victoria taxonomist, Joseph Schubert.

“When I got up close to the little brown spider, I noticed it had this vibrant blue face, so I posted the photo on Facebook and didn’t think any more of it” said Amanda. “I went to get groceries, and a coffee, and by the time I found out how special it was that spider was long gone!”

To name a new species of spider, taxonomists need to study it under a microscope. This means they need to have the actual spider, not just a photo.

“When Joseph asked if I had the spider from the photo, I frantically started looking for it again, but it was only the size of a pea…” Amanda admitted. “I was kicking myself I hadn’t caught it when I saw it. Then a couple of days later, low and behold, I saw another one bouncing along the dash inside my car! Joseph told me how to carefully package it so I could post it to him, and the rest is history.”

Amanda posted the carefully packaged cargo across the New South Wales border to Joseph in Melbourne, Victoria. Joseph is caring for the undescribed Jotus species at home until he can study it under a microscope at Museums Victoria’s laboratory. The new spider will be part of a scientific review of the jumping spider genus Jotus and will be formally described and named in the scientific literature.

“Urban backyards can be incredibly biodiverse” said Bush Blitz manager Jo Harding. “With 75% of Australia’s biodiversity unknown to science, the chance of discovering a species that’s new to science in your backyard is more likely than you would think”.

“The strength of online citizen science communities has become more and more apparent since the COVID-19 pandemic” said Joseph Schubert. “In some cases, taxonomists are able to recognise if a species in their field of expertise is new to science just from a photograph. I specialise in jumping spiders, but I can’t be everywhere at once looking for them. The online community of citizen scientists is like having hundreds of field assistants across Australia, it’s great!”

“There are lots of local and national online citizen science projects you can get involved with” said Ms Harding “Amanda used the Australian Spider Identification Facebook page, but online projects like the Backyard Species Discovery with Bush Blitz on iNaturalist can help you identify all plants and animals. Our experts can help identify images or sound recordings, even shells and animal bones. All the records are also added to national databases so they can contribute to research projects like one Joseph is working on.”

For further information, images and interviews: