Scientists, teachers, Parks Australia rangers and NGOs have returned from a 12-day voyage of discovery to the Coral Sea, 400 km off the coast of Queensland. Over two tonnes of rubbish including rope, various plastics and even a toy piano were collected alongside exciting biological discoveries such as new species of spiders and a previously unseen type soft coral.

The scientists are now back in their labs with months of detailed identification work ahead of them before they can confidently say which species they have collected, whether they are species new to science, or species unique to the Coral Sea.

This is a brief summary of what was found.

Recent rains has the vegetation in good condition, with  previously recorded plants still present and no weeds. The Bird-lime Tree (Pisonia grandis) forest on NE Herald Islet has recovered well from previous damage by scale insects. The small isolated coral sand cays support vegetation communities comprised of a limited suite of hardy plants that can withstand the extreme conditions of strong and persistent salty winds, harsh ultraviolet solar radiation and poor soils. The flora is comprised of species that are widespread across the tropical Pacific Ocean.

An outstanding feature of the reserve was the seabirds. The reserve provides the necessary offshore, undisturbed islands with suitable structure for seabirds to successfully breed, with important nesting grounds. At least 9 – 10 species of seabird were observed, with every species nesting in great numbers during our visit – populations of frigate birds, for example, were in the thousands. We observed eggs, chicks, fledglings and birds preparing nests. The high density of nesting seabirds drives biological productivity on the islets by supplying rich guano that fertilises the otherwise low-nutrient alkaline sands.

As expected, the invertebrate fauna is comprised of communities that are fairly simple compared to the mainland.  Each islet shares a certain baseline of fauna in common, but each is also unique in that it has fauna not found on the others.  The species that survive here are hardy generalists that are not too picky about their host plants. The fauna that makes it to the islets are strong fliers, blown across, eggs that can survive salt water or larvae inside plants that are washed-up. Once they make it to the islets, they populate quite easily. What was exciting, is that many more species of moths (40-50), spiders (8),  grasshopper and flightless crickets were were found than scientists expected, showing that biodiversity can be rich even on such remote, small islands and that wildlife is can hardier than we think.

We collected a lot of shallow water Octocorals. Dr Merrick Ekins is particularly keen to start investigating a soft black coral that he has never before seen. The coral composition was similar across the reefs and most species are common and similar to those seen on the Great Barrier Reef.  The composition was also not as diverse as other Australian reefs. It was obvious that the area is occasionally subject to sever weather events such as cyclones that pound the reefs breaking the corals. This means much of the coral was young and at a similar age / stage of growth. The marine animals that was collected and documented from the coral reefs surrounding the islets will form a baseline against which to compare what was found on the marine debris. Unfortunately, the collection of marine life from the marine debris was limited, as much of the material was already dry when scientists were able to study it. 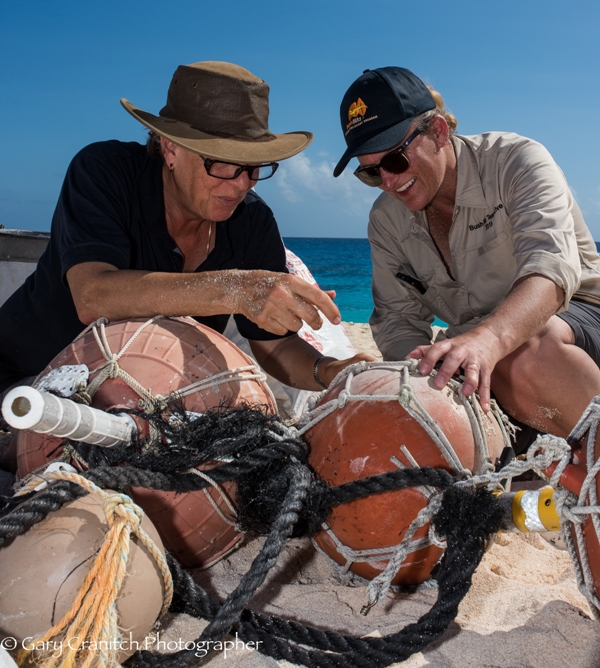 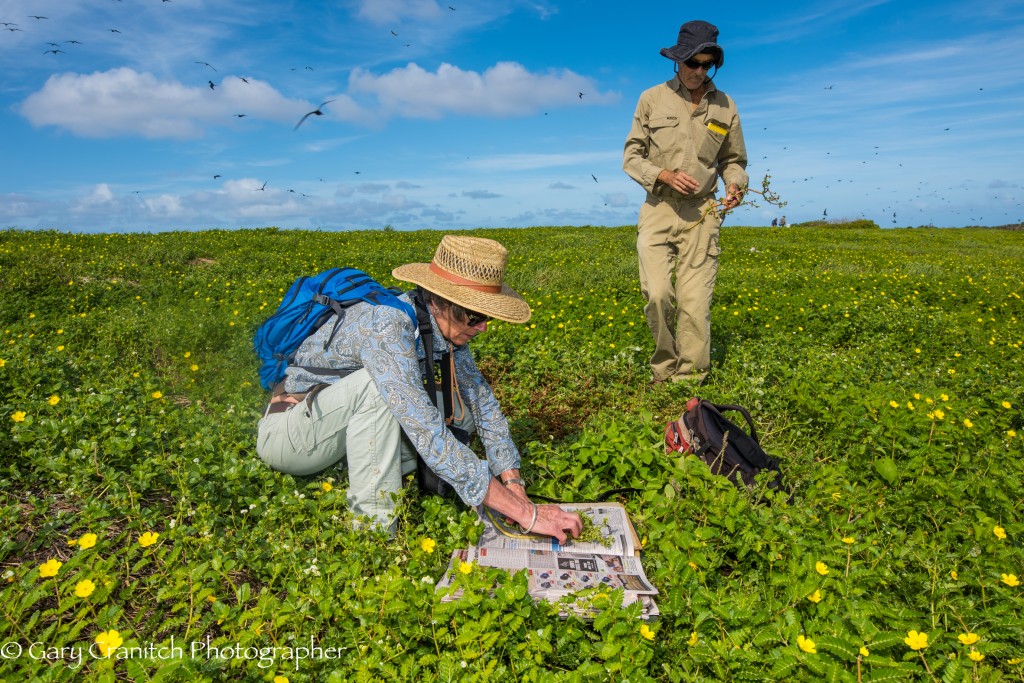 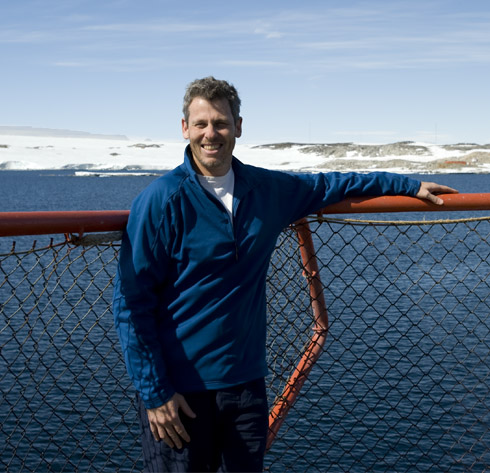 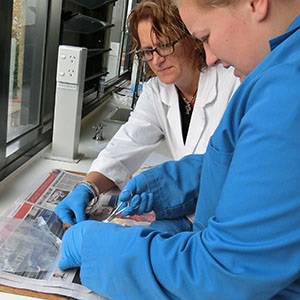 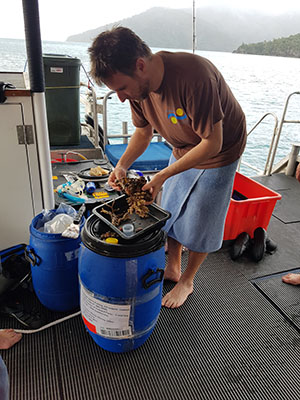