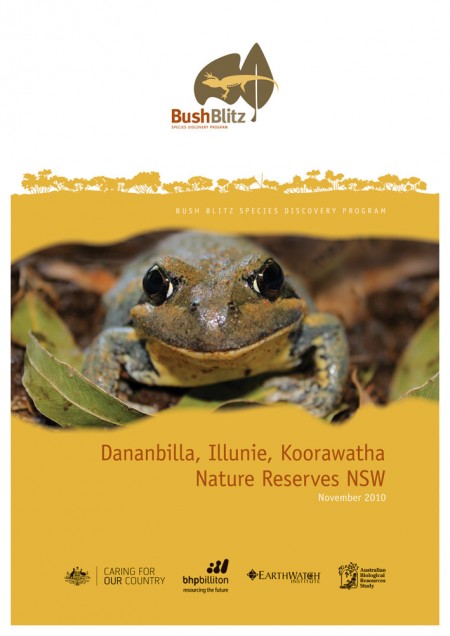 A two week Bush Blitz was conducted in Dananbilla, Illunie and Koorawatha nature reserves on the south-west slopes of New South Wales during November 2010. In total, 541 species were identified, of which 479 had not previously been recorded at the reserves. 35 putative species new to science, including 34 spiders and one snail await description and publication. It is also highly likely that the 167 beetle ‘morphospecies’ collected include additional new taxa.