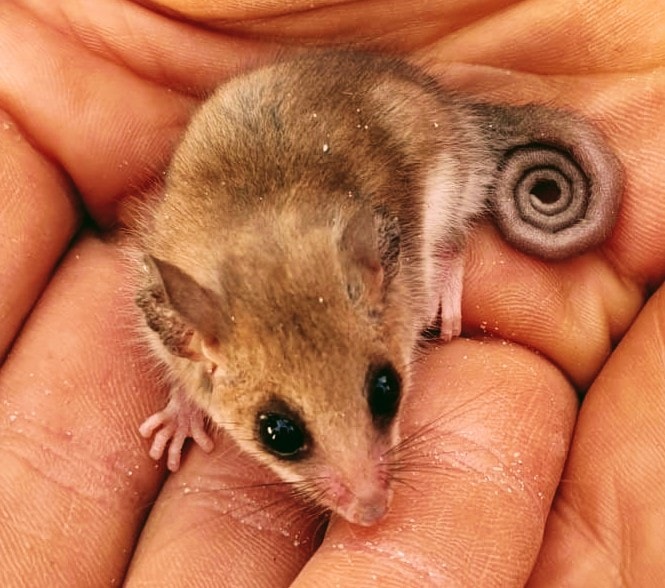 Preliminary results from the Little Desert Bush Blitz are very exciting. The spider team were particularly successful, finding a diverse array of eight-legged specimens from large wolf spiders to tiny peacock spiders. They are confident of at least 4 putative new species including a jumping spider that looks like a humbug lolly, a peacock spider with eyes on its abdomen and a wolf spider with fluffy shoulders. The entomologists recorded hundreds of different species of leaf bugs, weevils, millipedes, native cockroaches, dragonflies and moths.

The botanical team discovered 25 different species of orchid in the Tallageira State Forest and the only population of native currant known in Victoria at Forrester Springs.

There were a number of reptile sightings including a rare spotting of the Rosenberg’s Goanna (Varanus rosenbergi), which was only found to occur in Victoria in 1983 where it is listed as Endangered.

The real work begins now, as thousands of specimens are examined more closely to confirm identification and determine if there are any more new species.