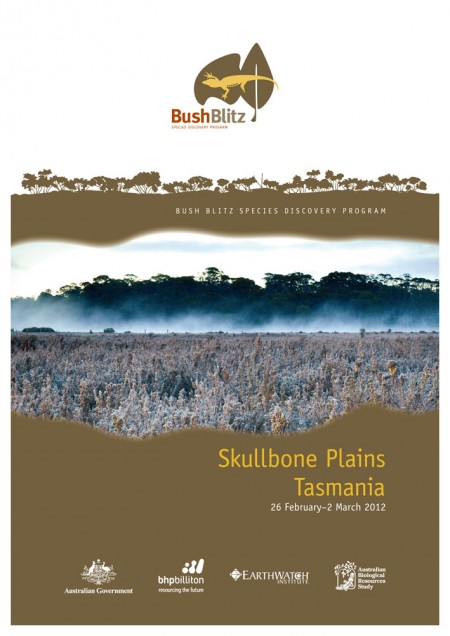 A six-day Bush Blitz survey was conducted on Skullbone Plains reserve, Tasmania, during February and March of 2012. Five-hundred and twenty species were added to those known across the reserve and 19 putative species new to science were discovered; these await assessment. Two threatened animal species were observed, both of which have been recorded previously on the reserve. Four threatened plants were recorded, two of which are new records for the reserve. Four exotic or pest fauna species and 13 weed species were also recorded.