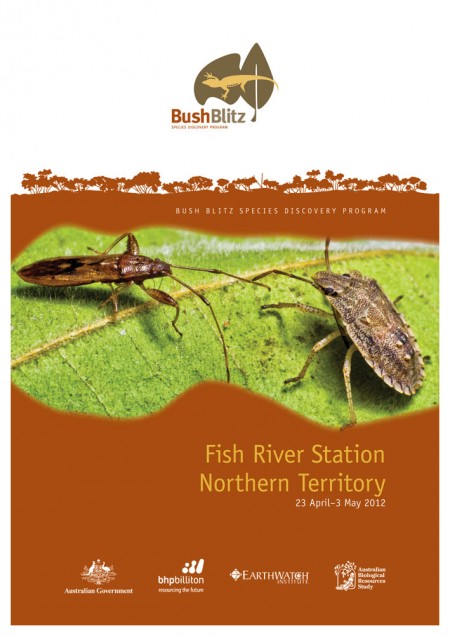 A two-week Bush Blitz took place in April 2012 and May 2012 at Fish River Station in the Top End of the Northern Territory. A total of 701 species were added to those previously recorded from the reserve, including 60 putative species new to science that were discovered during this Bush Blitz — these await assessment. One threatened animal species was observed and, although no threatened plants were recorded, 37 plants of conservation significance were identified for Fish River Station. Twenty exotic or pest animal species and 19 weed species were also recorded.