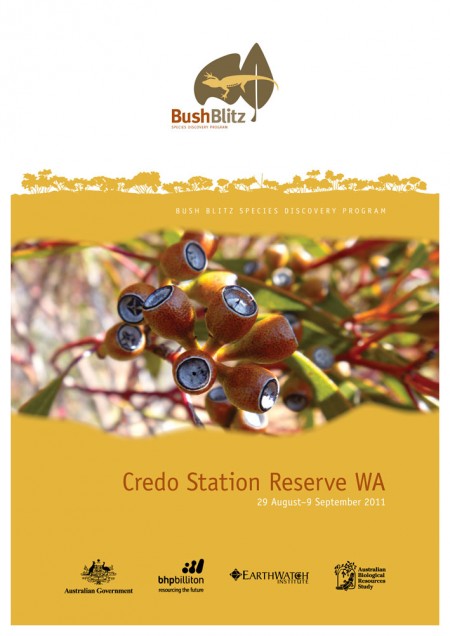 Bush Blitz fieldwork was conducted at Credo Station Reserve in the Western Australian Goldfields region from 29 August to 9 September 2011. A total of 803 species were added to those known across the reserve and 140 (possibly more) putative species new to science were discovered; these await assessment. One threatened animal species was observed — the Malleefowl (Leipoa ocellata) (sighted on the outskirts only), which is a new record for the reserve. No threatened plants were recorded. Ten exotic or pest fauna species (three new) and 20 (11 new) weed species were recorded on the reserve.