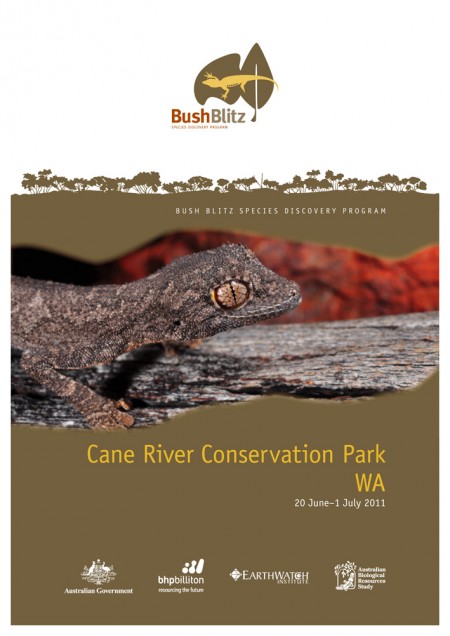 A two-week Bush Blitz was conducted in Cane River Conservation Park in the Pilbara region of Western Australia in June 2011. In total 646 species were found, 345 of which were new records for the park. Sixty-one putative species new to science were discovered; these await assessment. One recently described and two rare plants were recorded, all of which are new records for the park. Six exotic or pest animal species and 13 weed species were also recorded.