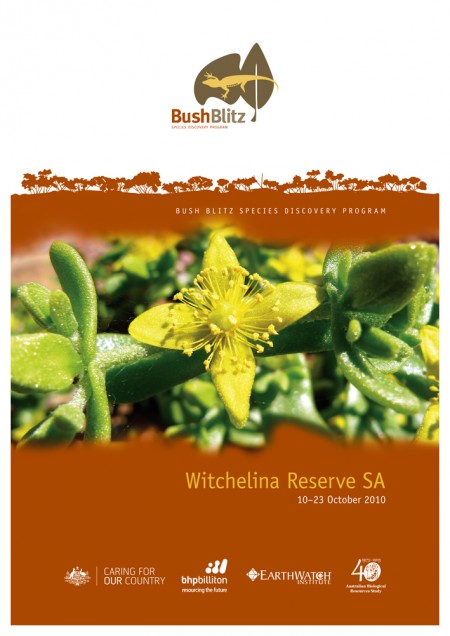 A two week Bush Blitz biodiversity survey was conducted at Witchelina Reserve in South Australia during October 2010. In total, 695 species were identified, of which 475 had not previously been recorded at the reserve. Of these, 175 are putative species new to science, including 1 gecko (Gekkonidae), 27 bees and wasps (Hymenoptera), 110 morphospecies of moths (Lepidoptera), 28 true bugs (Heteroptera) and 9 jumping plantlice (Psyllidae).