A two-week Bush Blitz was conducted in Cane River Conservation Park in the Pilbara region of Western Australia in June 2011. In total 646 species were found, 345 of which were new records for the park. Sixty-one putative species new to science were discovered; these await assessment. One recently described and two rare plants were […] 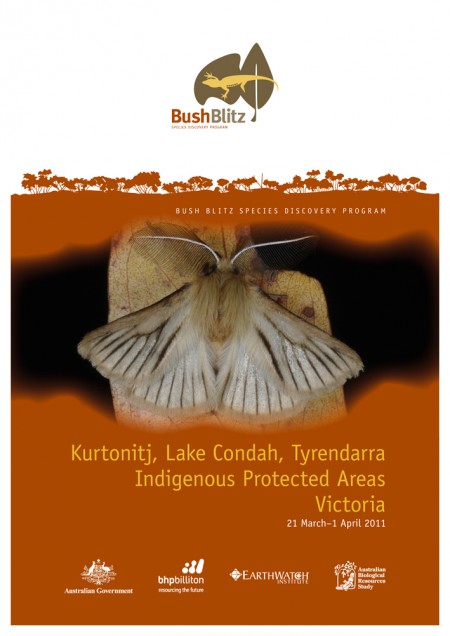 A Bush Blitz was conducted at Kurtonitj, Lake Condah and Tyrendarra Indigenous Protected Areas (IPA) during March 2011. A total of 854 species were added to those previously known across the reserves. Eighteen species possibly new to science were discovered — these await assessment. Thirteen threatened animal species were observed, of which ten are new […] 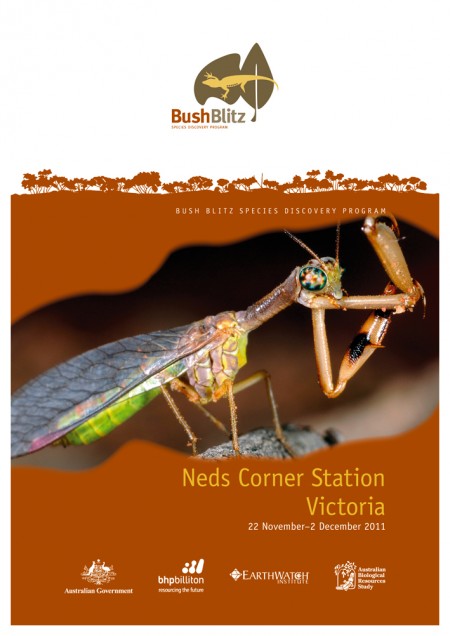 An 11 day Bush Blitz was conducted at Neds Corner Station in Victoria during November and December of 2011. A total of 720 species were added to those known across the reserves and 21 putative species new to science were discovered — these await assessment. Sixteen threatened animal species were identified, eight of which are […] 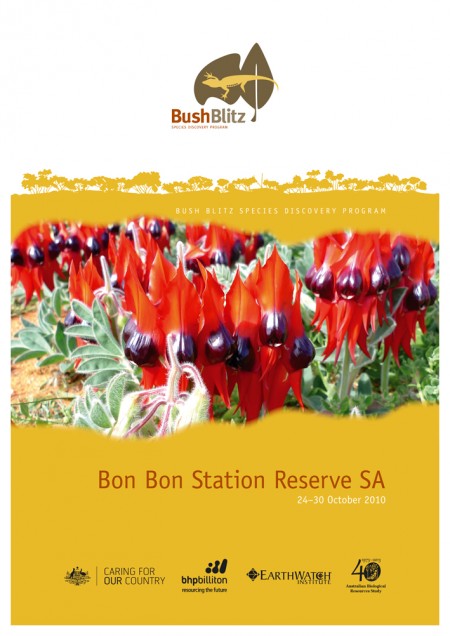 In October 2010 a one-week Bush Blitz biodiversity survey was conducted at Bon Bon Station Reserve, a former sheep station 200 km south of Coober Pedy in South Australia. In total, 631 flora and fauna species were identified, of which 458 were new records for the reserve and 188 putative species new to science were discovered, including […]

A two week Bush Blitz biodiversity survey was conducted at Witchelina Reserve in South Australia during October 2010. In total, 695 species were identified, of which 475 had not previously been recorded at the reserve. Of these, 175 are putative species new to science, including 1 gecko (Gekkonidae), 27 bees and wasps (Hymenoptera), 110 morphospecies […] 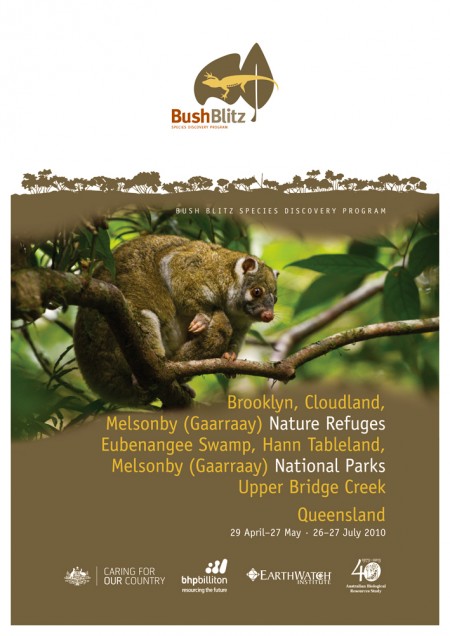 A Bush Blitz survey was conducted in the Cape York Peninsula, Einasleigh Uplands and Wet Tropics bioregions of Queensland during April, May and July 2010. A total of 1,186 species were added to those known across the reserves. Thirty‐six putative species new to science were discovered — these await assessment. Sixteen threatened animal species were observed, of […]

A lichen isn't a single organism, but a symbiotic

The work for the taxonomists on a Bush Blitz doesn

2021 has been a busy year for the Bush Blitz team.

I know, we can't believe it's already that time of

The botanical perspective of our Far West Coast SA

Our scientists love sharing their findings during

Some of the reptiles spotted on our Far West Coast

Our Bush Blitz in the Far West Coast area of South

Sampling at a native Austrostipa grassland site in

We've had a specialist team exploring the fauna of

At the halfway mark on our Yalata-Fowlers Bay Bush

Excitement is mounting as our shipping container l

Here are some shell images from two of our main mo