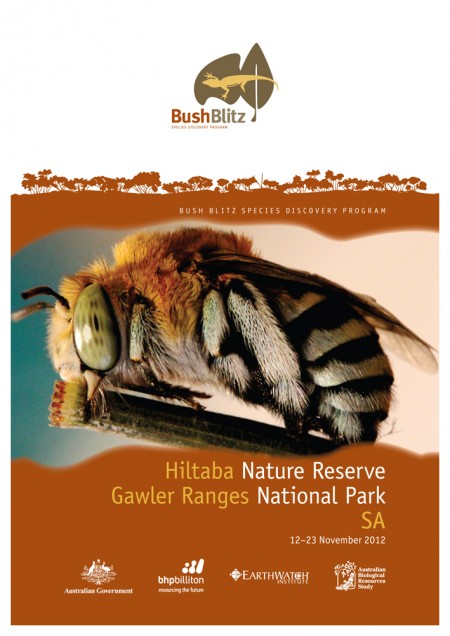 In November 2012, a Bush Blitz survey was conducted in the Gawler Ranges of South Australia. A total of 581 species at Hiltaba Nature Reserve and 165 at Gawler Ranges National Park were added to those known for the reserves, and 80 putative species new to science were discovered. No threatened animal species were observed, but nine threatened plants were recorded, one of which is a new record. Eleven exotic or pest fauna species and 34 weed species were also recorded.