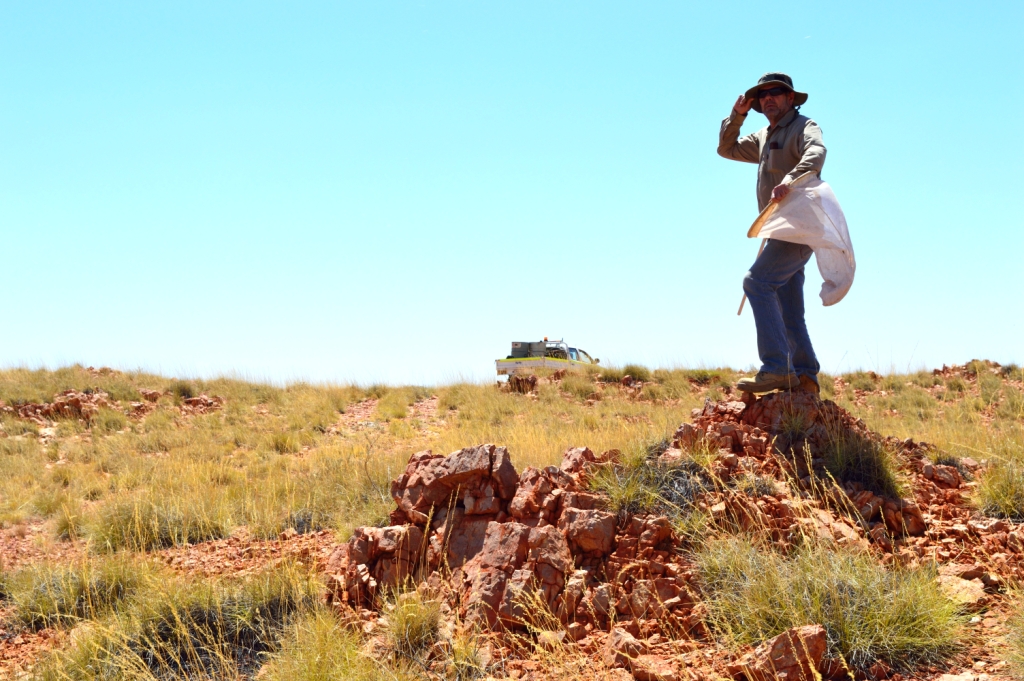 We are often asked how we decide where to conduct Bush Blitz expeditions.

In its early stages, Bush Blitz was limited to surveying recent additions to the National Reserve System, which made the choice of locations relatively easy: we went to whichever newly added reserves our scientists were most keen to survey.

But as the program developed, we broadened our horizons to include the whole of Australia, creating the need for a rigorous site selection process.

We teamed up with CSIRO, who got some of the best minds in the country working on the question of where Bush Blitz should visit. Starting with the theory that the likeliest place to find new things is where no-one has ever looked before, CSIRO performed a survey gap analysis.

The simplest approach to gap analysis would be to plot on a map the locations where biodiversity surveys have been done in the past, then visit the point furthest from any of the existing sites. But if the environmental conditions (rainfall, temperature, soil chemistry etc.) at that point were similar to sites that had already been surveyed, the plants and animals would probably be similar as well, and the chances of finding new species would not be particularly high.

The CSIRO approach, therefore, was to analyse the environmental conditions at past survey sites, and to identify areas of Australia with environments that were different from anywhere that had previously been surveyed. These areas would be priorities for future Bush Blitz expeditions.

The results of the survey gap analysis look like this. There are two striking survey gaps (red areas) in the western half of the continent. The southern gap corresponds roughly with the Great Victoria Desert, while the northern gap includes parts of the Gibson, Great Sandy and Little Sandy Deserts.

Although it isn’t the only factor we consider (land tenure, timing, logistics and expert opinion also come into play), the gap analysis has been a powerful tool in helping us select locations for future Bush Blitzes. In the Spring of 2015 we attempted to ‘fill in’ part of the northern gap by mounting an expedition to the Kiwirrkurra Indigenous Protected Area. The early results are encouraging: for example, around a third of the spider species collected were new to science (and another third may also be new, but cannot be assigned names due to a lack of relevant literature). We are hoping to conduct an expedition to the southern gap, the Great Victoria Desert, in the spring of 2017.

Seldom-visited places like Kiwirrkurra and the Great Victoria Desert should prove particularly rich for scientific discovery, but you don’t need to travel vast distances to find new things. It is possible – even probable – that the trees outside the Bush Blitz office in Canberra are home to new species (of insects, spiders, microfungi etc.).

In a couple of hours outside our office we could collect a whole bunch of species, some of which might be new. But how would we know?

Finding new species is actually the easy bit: the difficult thing is finding a taxonomist with sufficient expertise, and time, to identify what you have collected.