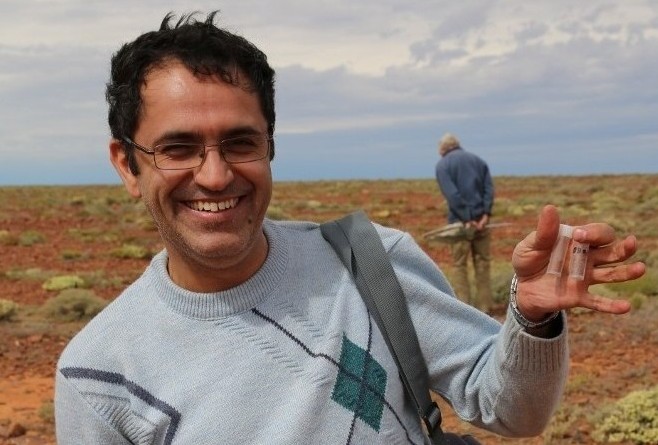 The kids of the Roxby Downs community in north eastern South Australia had a wonderful time on Sunday meeting scientists and some of their more “interesting” finds from the Lake Torrens Bush Blitz currently underway. The community day, held at the Roxby Downs Lions park, was not just for the young. Budding scientists of all ages joined in for some spiders hunting, bug collecting and plant studying lead by Bush Blitz scientists from SA and Victorian Herbaria, Queensland Museum and Flinders University.

Although collecting bugs and seeing down the microscope was a popular it was the orb spider holding that was the biggest hit. Some brave parents and some very brave kids took the challenge to hold the placid non-venomous orb spider. Even the local police got in on the challenge after a bit of encouragement!