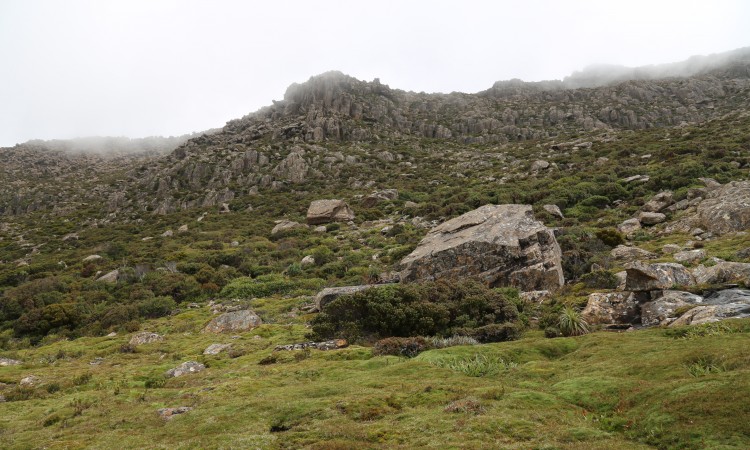 In early February a team of 17 scientists embarked on a Bush Blitz expedition into the remote and magnificent Southwest National Park which forms part of the Tasmania Wilderness World Heritage Area.  This is Tasmania’s largest national park and is made up of wild rivers, jagged mountain ranges, rolling buttongrass and cushion plant plains, patches […]

By Dr John Westaway As a botanist, my role in the team was to study the plants, but it was impossible not to be awestruck by the birds. We were witness to a true wildlife phenomenon that plays out each year on the islets of the Coral Sea in the form of mass seabird nesting. […]

By Dr Barbara Baher Under the Octopus Bushes (Argusia argentia) on Coringa South-west Islet a slow crawling Spitting Spider (Scytodidae) surfaced on the litter.  Spitting Spiders have long gangly legs and six eyes arranged in three groups.  Called a Spitting Spider because of their bizarre prey capture method – they spit deadly glue onto their […]

By Dr John Westaway Vegetation on the Coral Sea islands was in undisturbed condition and appeared lush and in good health perhaps reflecting recent rainfall, and there were not weeds. The small isolated coral sand cays of the Coral Sea support vegetation communities comprised of a limited suite of hardy plants that can withstand the […]

What bird is that? What flower is that? What mossy thing is that? These are just some of the books you’ll find at the pop-up library to help you discover more about Australia’s amazing fauna and flora. Did you know that the Australian National Botanic Gardens has a library? The Library provides services to staff […]